This drama tells the story of Jang Hee Bin, one of the most famous royal concubines in the Joseon Dynasty who was behind the deposition of King Sook Jong’s wife, Queen In Hyun. However, unlike the countless dramas and movies about this famous villain, this drama will tell the story of Jang Ok Jung before she became concubine Jang Hee Bin and focus on her role as a fashion designer and cosmetic maker in the Joseon era.

The Goddess of Fire Jung Yi

Arang and the Magistrate

Relying On Heaven To Slaughter Dragons

I will never let you go

Tribes and Empires: Storm of Prophecy

The Legend of Nirvana

The Legend of Nirvana

Novoland: The Castle in the Sky - Time Reversal 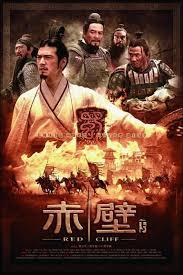 The Story of Ming Lan

Oops! The King is in Love

Oops, My Heart is Beating

The Legend of Pu Song Ling

The Great King of the Nation, beautiful beauty, more intelligent people, was posted at a young age but always...

This drama details the life of King Jeongjo, Joseon's 22nd monarch, who is remembered in Korean history as one of...

Tianji Tower, the leading organisation of the pugilistic world (jianghu) is determined to overthrow Liu Ziye, the...

According to the legend of rivers and lakes, in Mount Xiuro, the hermit God Emperor and the devil Huo Shuangxiu, the...

Hong Gil-dong is the illegitimate son of a minister. He is very bright and smart, however was told that he could not...