The three friends Ma Dong Shan, Han De Chang, and Song Tian Ming set up a hotel together. Thirty years later, Ma Dong Shan has fallen ill, Han De Chang died early and Song Tian Ming lost his son. Therefore, Ma Dong Shan, who is the chairman, wants his daughter Ma Ke Ai to inherit the hotel and calls her back from abroad. In the meanwhile, Ke Ai gets into a car accident and barely escapes death, but gains a new ability after waking up again: she can see into the future. Upon hearing about her father’s illness, she immediately returns back home. After a series of accidents happen, Ke Ai realizes that there must be some big secret behind it. Together with Xia Yu Xing by her side, Ke Ai withstands all upcoming hardships and also finds love along the way.

Birth of a Beauty

Fated to Love You

A Witch In Love 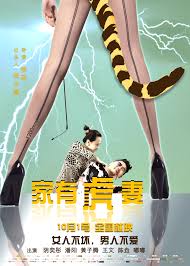 How to Use Guys with Secret Tips

The Ex-File 3: Return of the Exes

Boku to Star no 99 Nichi

The movie follows a group of freshmen in college as they navigate through the wild days of friendship, pranks, and...

When a fortune teller predicted that Luo Si Yi was doomed to be a spinster, Luo wagered that she can get herself...

Chae Gyeong is an ordinary art high school student. One day, she hears totally unexpected news that, based on her...

The Spirit eye around the detective guy Cau Tu, who own Double Cranes Label see the yin and yang, penetrating things....